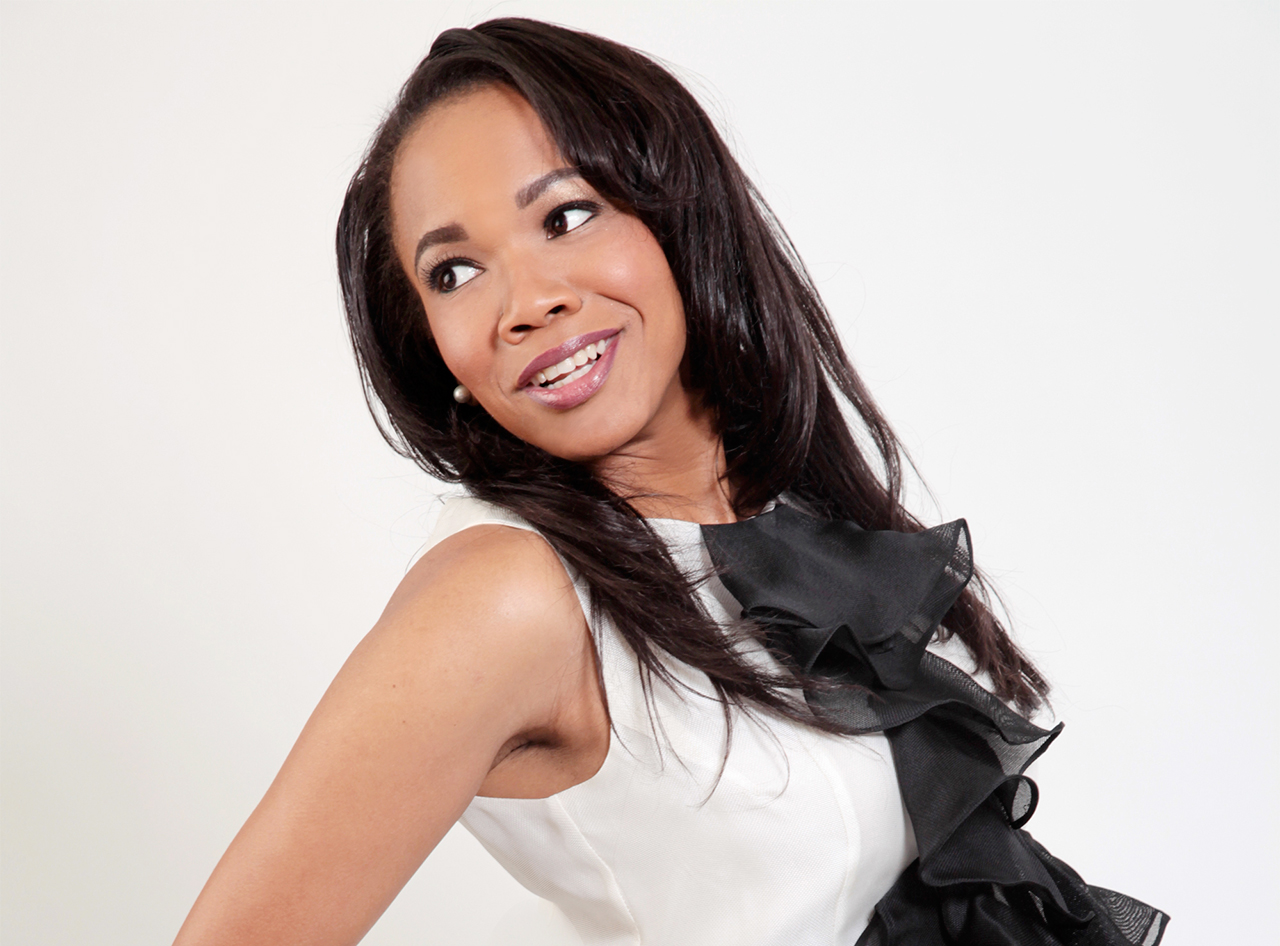 Busie Matsiko-Andan is a Global Strategy Consultant based in New York City. Since our first encounter with her over a decade ago, her influence as a Change Agent in the frontlines continues to expand. As one of the main features in our TwentyEightyFour interview series, Busie talks to us about her family, business transitions, SDG partnerships, and establishment Pont Global. She also shares an outreach perspective from pivotal advisory roles, which continues to shape the narrative of the African continent and its diaspora.

(VC) As an executive and mother in a very competitive world of remote or home office work, what are the common business challenges you have observed?

(Busie) One of the biggest challenges I’ve had to grapple with is understanding and establishing the difference between urgency and prioritization. I’ve become better at it and I now give myself a bit of slack since I’ve now been doing this for almost a decade. From my personal experience, and what I know now is, as people evolve in their telecommuting career or trajectory, they may likely be faced with unique or similar challenges to mine. I no longer let external pressure dictate my direction. I’m now comfortable in my skin.

(VC) What sustainable development issues or goals are you most passionate about?

(Busie) I was appointed a special Advisor Private Sector Engagement and Celebrity Outreach on a Special UN Project under the auspices of Deputy Ambassador Amina Muhamed to popularize the SDGs in Africa and the Diaspora. As a strategist, I’m passionate about leveraging cultural bridges as well as innovation to facilitate job creation and growth of innovation ecosystems.

(VC) Outside the political scene in the United States, there are several movements making room for women entrepreneurs and progressive women’s rights all over. Do you personally feel the impact of these movements or you are focused on something much more?

(Busie) I’ve always been a part of these movements, for instance at 18 years of age, I started a greetings card business with a sizable distribution because I understood the importance of being my own boss. It taught me self-discipline, work ethic, and empowering other people through employing agents. But more importantly, the growth I realized during this period was quite remarkable. I have been fortunate to be at the forefront of innovation for instance when I co-founded Fashion Indie, which was one of the 1st fashion technology companies and was later on acquired by Nylon Magazine. Fashion Indie was so disruptive as we showcased people in fashion in a way that was never done before. We were Louis Vuitton’s first Social Media consultants; we handled Rebecca Minkoff’s marketing and notably in 2008 created a national online handbag contest for Maurices. The winning handbag was mass-produced and carried in over 500 Maurice’s stores across North America. Business Week noted you no longer needed to live in the fashion capitals to make an impact in fashion. Some of these realities led to a spot lecture at F.I.T (Fashion Institute of Technology) My love for uncharted territory has also been reflected in my creation of some groundbreaking campaigns including one of the first online campaigns on Facebook back in 2008 where a few winners were awarded $50,000 each for their organizations I continue to do so with Pont Global where I have facilitated in the building of medical practices, strategy consulting as well as working with women reentering the workforce, and I also do more work with people with disabilities. I am also involved with AI technologies and the future of work. More recently, I have keynoted virtual summits on the notion of reinventing oneself. Being a mother myself, I relate to reinventing ourselves countless times. 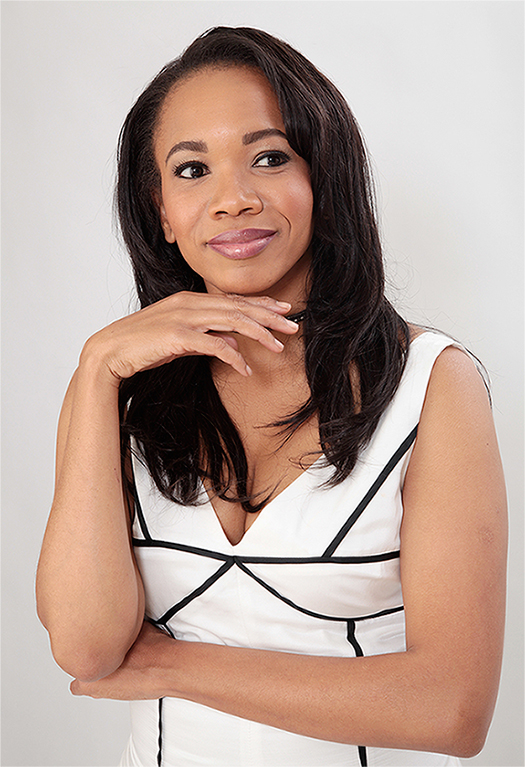 My love for uncharted territory has also been in the assistance of building of medical practices, I’ve helped create some groundbreaking campaigns including one of the first online campaigns on Facebook back in 2008 where a few winners were awarded $50,000 each for their organizations (such organizations included Batonga Foundation, Face Africa, Charity Water, Shine on Sierra Leone and Malaika Foundation), I continue to do so with Pont Global where I work with women reentering the workforce, and also do more work with people with disabilities. I am also involved with AI technologies and the future of work. More recently I have keynoted virtual summits on the notion of reinventing oneself. Being a mother myself, I relate to reinventing ourselves countless times.

(VC) In the present work world of patriarchal microaggressions, there seems to be a decrease of empathy as the use of social media rises, please tell us about your own experiences in the work world as an executive, how this may relate?

(Busie) I’ve been fortunate to be surrounded by men who have supported and encouraged me like my late father, previous bosses, amazing mentors and most recently my husband, who is raising our daughters to comfortably own and take up the space they are in. For instance, our second daughter since the age of three has always said she wants to become a surgeon and my husband totally encourages her to go pursue that goal. She has been coding since she was 4 years old and in the past school year was one of two girls in an engineering program in her year at school.

I would encourage one to be brave, ask questions, embrace failure, seize new opportunities, be ready to pivot and finally believe in yourself by being your biggest cheerleader

(VC) As a women leader of Africa ancestry, what do you tell the aspiring young woman or entrepreneurs about business success and risk in the diaspora?

(Busie) As a woman of Ugandan and South African descent with a multicultural background after having lived in and traveled extensively in Africa, with a spouse and children of Ghanaian descent and now living in the United States, I am still a big proponent of Africa. I always like to go with the African adage; “If you want to go fast go alone if you want to go far, go together”. I enjoy empowering people and mentoring youth. I would encourage one to be brave, ask questions, embrace failure, seize new opportunities, be ready to pivot and finally believe in yourself by being your biggest cheerleader.

(VC) Some mention different historical times as a period they admire for affluence or culture If you can time-warp to any era to collaborate with its culture, what time would it be and why?

(Busie) This may sound cliche but I like the present because I believe it is a gift.

(VC) At this stage of your career considering your commitments and accomplishments, if you could collaborate with a specific enterprise or individual, who would it be and why?

(Busie) I always love collaborating with smart and dynamic like-minded women or companies because they are more likely to pay it forward in society.

(VC) What kind of work or upcoming projects can the world expect from Busie Matsiko-Andan or Pont Global within the next 5 years?

(Busie) Due to my exposure to high-level collaboration, having worked and advised both For-Profit and Non-Profit organizations as well as having worked with consortiums with the UN, the African Union, and US Agencies, It would be of joy to sit at a table making policy.  I’d love to seriously see more partnerships between the public and private sectors. It’s also imperative for the whole world to look at the whole health care system and prioritize value-based health care. This Covid19 pandemic has brought awareness to what we have known for a long time. It’s important that there is a bridge between the developing world and developed world ecosystems. I’d also like to see companies leaving the IP (Intellectual Property) in these developing countries as this will lessen the burden on the developed countries. As a mother who has had to make important decisions that work in my own family setting, I’d love to transform the lives of other mothers and women.

I’m keen on empowering women when faced with changes. I’m interested in applying my executive management experiences, my inherent business acumen, as well as my personal experience as a wife and a mother, to develop creative solutions, for today’s working mothers as well as today’s businesses to ensure that my clients have an excellent chance of achieving growth. I’ve deliberately pivoted from only being the background woman who thrust brands from obscurity to being known to pushing my brand Busie Matsiko-Andan and Pont Global forward to be a firm predominantly built around women helping women. Initially created to offer executive business development for local and global organizations, today Pont Global is a woman-owned, women-led business venture that focuses on helping mothers return to the workforce in a way that ignites their professional life while honoring their personal life. This was my goal before for the COVID-19 situation, but I’m going to be heavily involved because the situation surrounding women returning to the workforce is going to be much tougher especially with the current unemployment situation on the rise.  I’d love to combine my enthusiasm with my innate ability to cultivate strategic partnerships with like-minded people and companies. I totally believe in the power of human capacity and I’d love to see it harnessed.