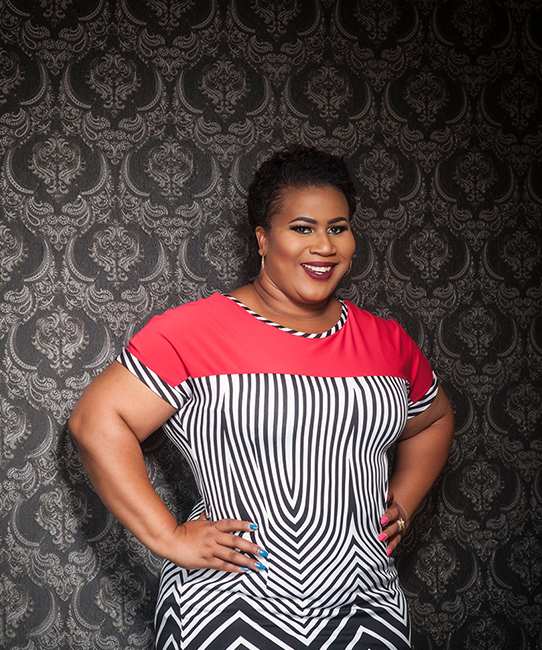 Chioma Omeruah best known as Chigul (Chee-gol) is a Nigerian comedian, singer, and actress who came to prominence through her accents and comedic characters. As a special feature in our TwentyEightyFour interview series, Chigul talks to us about her beginnings in the Nollywood industry, experiences on film, and her international aspirations towards a wider audience.

(VC) What is the earliest memory you have of yourself in front of a large audience?

(Chigul) The earliest memory of myself in front of a large audience would be the first-ever show. I did in Lagos which is Basket Mouth’s Lord of the Ribs. That was the first time people got to see the person Chigul and attach it to the name. Because for a long before that, Chigul was just a voice note on blackberry messenger that had gone viral, singing silly songs with a very strong Igbo accent, so now people could see the face and I was able to give them Chigul, Chioma and sorta like show them different sides to me, so that was really cool.

(VC) Nollywood as an industry and its network has risen considerably over the last few decades, as a woman what were the glaring challenges getting your first break?

(Chigul) For me personally speaking, because I still consider myself fairly new in the industry, I mean I have done some cameos here and there, but concentrating on Nollywood as my primary career, I have not really done that for very long. I mean I a plus-size actor and older, and a lot of times they want someone younger and slimmer, so what do you do? there nothing I can do about that, I cannot share my size or my age and sometimes you feel sad because you lose out on such things but you sort of learn from it and move on, it’s not for you, it’s not for you and when your comes around it comes around and then you can take your spot whatever it is. It has been a crazy ride thus far.

(VC) As an artist how has the Coronavirus (COVID-19) pandemic affected your outlook on life as it relates to your own collaborations and art?

(Chigul) Wow! Coronavirus COVID-19. The pandemic has really affected people like me and people in my professional as an MC or a host, a lot of events have been canceled and we do not have any work coming, and with no work done means no income. This period has allowed me to search and strategize and re-strategize to figure out my other talents and how they can come through for me. I am able to explore other accents as I do, there are 12 of them so all the other ones are getting a chance to showcase themselves in this quarantine period [Chigul laughs]. That is one good thing this period has done for me. You sorta realize how close we are as human beings to each other and we just need to be there for one and other. That is the only way we can survive this thing, and it is together. We cannot do it individually. It’s a “we” thing, not an “I” thing.

(VC) You have worked with various directors such as BB Sasore on several occasions. Is there a difference between homegrown directors and repatriates?

(Chigul) BB Sasore one of the best guys I know, gave me my first feature film something I will never forget. Working with him something I use as a yardstick to judge my other experiences. I feel like there is somewhat of a difference between homegrown directors and repatriates because homeroom directors are working with this space and are used to dealing with people that are in this space, and sometimes it is good, and sometimes it is is not. Everyone comes to the table with their bag of knowledge or prior experiences and expertise in whatever field. I think at the end of the day it’s about the director’s personality and ability to work with a crew and cast and creates an environment that is conducive for good work to be done, which brings the best out in an actor and anyone. I have worked with some good ones and some horrible ones which I will never ever ever ever work with again, but that is just me [Chigul laughs].

(VC) At this stage of your career considering your commitments, If you could collaborate with a specific brand or international personality. Who would it be and why?

(Chigul) I would love to work with Kevin Hart, Tyler Perry, and Melissa McCarty [Chigul laughs]. Yes! I would love to do something like an amazing comedy with them, and also hopefully do some other kind of acting with dramas, not always be a comedic actor, and play something where I become a villain, to test, try and push myself and keep pushing myself. Maybe something more physical, I did that with Banana Island Ghost. I also think Tiffany Haddish and I would get along, I do, I really really do [Chigul laughs].

I have been in the background creating new stuff and planning. I think Internationally this brand is one to look for and that’s me putting myself out there

(VC) As a successful actress/comedian in West Africa with an international following, what can you candidly tell aspiring young women about success and risk in your industry?

(Chigul) It depends on what your definition of success is as an individual. Is it just being a good actor, making money, become famous, box office hits, or getting an Oscar? And be aware in this space or industry, there would be some dry times, there are downtimes and either you diversify your brand so you have something in those dry times. You need to make plans for those times and it’s absolutely important! And one thing I have learned is making plans for when you don’t have money coming in. What do you do when no roles are coming in? Otherwise, you would start to become burdened and worn out, depleted, and stressed. I don’t believe a gift you have should make you stressed. Define what success means to you its undertakings are and be aware of those times.

(VC) What can the world expect from Chigul within the next few years given the trajectory of our times?

(Chigul) The world should expect Chigul to come in full force! I have been in the background creating new stuff and planning. I think Internationally this brand is one to look for and that’s me putting myself out there! It’s me coming to you Straaaaaiiight Liiiiiiive yaaaaaa knooooow! We are planning to work here in Nigeria and outside of it,  to add our quota to making the world a better place. I can’t wait for post COVID-19 Chigul, because she is bhaaaad man, she is going to be a bhaaaad man, secure all the bags!