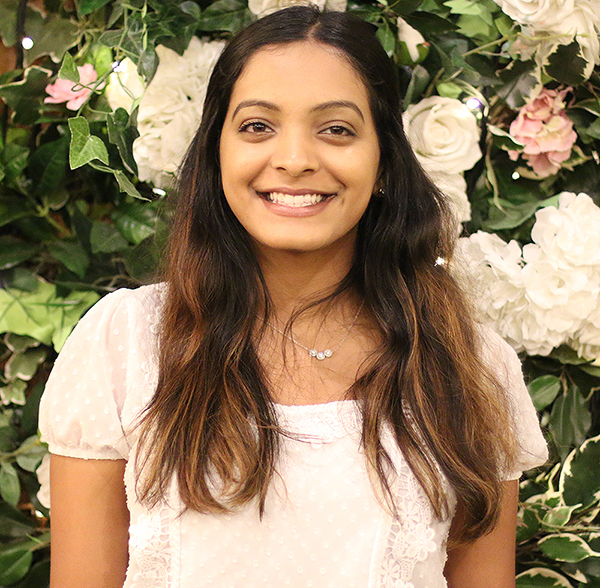 Aditi Patil is a first-generation Indian-American Computer Science major at Columbia University in New York City. She is also a researcher, writer, and a game-changer among her peers. She founded XX Coders a nonprofit organization that works with less privileged young women coders of diverse backgrounds who utilize the STEM methodology. As a rising profile featured in our Oxygen interview series, Patil discusses her journey in the sciences, collaborations, and aspirations. She also shares a perspective on Transhumanism and Artificial Intelligence’s connection with society.

(VC) What’s your favorite programming/coding language and why?

(Aditi) My favorite programming language is Python. I think it’s the most versatile programming language that I have learned so far in terms of its applications. It is used for web browsers at Google, data analytics at Spotify, and for visual special effects at Industrial Light and Magic. These are only a few examples, as the possibilities for Python are endless. During my academic and research experience, Python has allowed me to immerse myself in the world of computer science and work on projects I am very passionate about. When conducting research in Columbia’s Lamont Doherty Observatory about the phenomenon of sea-level rise in New York City I used Python in order to create graphical data visualizations, and I continue to use it in my academic career as well.

(VC) Tell us about your company and how it and its name came to fruition. What does it mean?

(Aditi) XX Coders is a nonprofit organization I created when I was a junior in high school. I had taken a computer course in my high school and a summer coding boot camp by the time I was sixteen and became aware of the shocking gender gap in computer science. Inspired and passionate about encouraging women to pursue computer science, XX Coders began as an after school club for 20 other girls and me in my high school. The name of the organization was chosen because my goal was to address the gap between men and women in computer science, so I decided “XX” to symbolize the female chromosome. Over the past four years, I have grown and learned that the computer science industry is missing more than just women. It’s missing Black, Hispanic, low-income, disabled people, all of whom deserve a right to be heard in the tech industry. So, I built a more inclusive model for my organization by hosting summer camps for middle school through high school girls from a local low-income community, after school classes for children on the autism spectrum, and a program for visually-impaired students. I have raised over $30,000 through grants from the National Center of Women in Tech, donations from companies such as Pinterest, and online crowdfunding in order to host all my programs for free because I want everyone to be able to access these programs without having to worry about whether or not they can afford it. I worked with women empowerment groups such as Girls Inc, and mental health advocates such as L2SMentalHealth to shape the young minds that attend our programs. I believe my organization has grown and will continue to as I learn more and more about how to diversify the tech industry better.

(VC) In our present times, AI and Big Data are no longer buzzwords but a reality. What are your thoughts on Transhumanism? Do you foresee dangers or there are more societal benefits to reap from this converged trajectory?

(Aditi) I think like most new developments in technology, the idea of Transhumanism can be daunting yet exciting. One of my main interests in computer science is artificial intelligence because it has the potential for much advancement and benefit in the world of technology. I think there is a lot to gain from transhumanism because it allows us to push beyond what we currently believe humans are capable of creating this superhuman-like technology. Last summer, I was fortunate enough to study at Cambridge University and took a course regarding cybersecurity. I learned about the security issues that have arisen specifically from abusing emerging technologies such as speech recognition and machine learning. In the future, I want to be part of a movement to use artificial intelligence responsibly to create new inventions. For example, there are many diverse issues to be addressed in this area of technology. There has been a lot of research done on how facial recognition technology is less likely to recognize people of color, and by using artificial intelligence we can begin to undo these problematic measures. 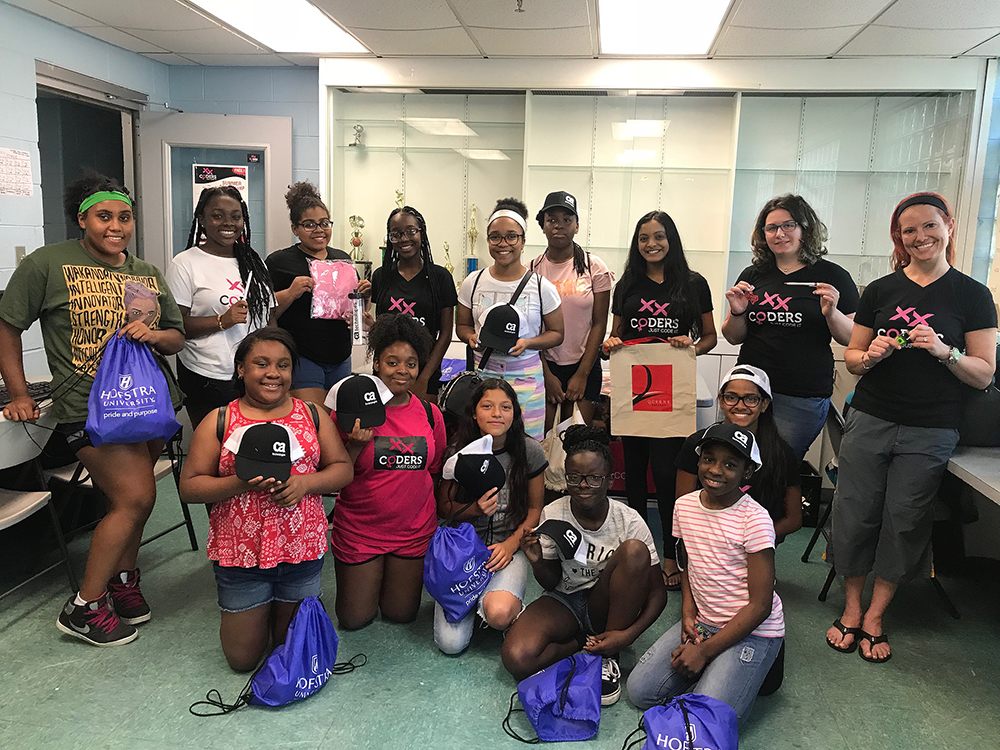 (VC) This summer you will be working as an intern at a real estate investment company. Did this happen randomly or according to a career plan of how the industry ties into the Fintech industry?

(Aditi) Fintech is an area that I had been curious about for a while, and this opportunity at HappyNest is really allowing me to both further my knowledge in data analysis as well as dip my toes into understanding the real estate industry. Fintech is an emerging field that has the potential to grow a lot over the next few decades, and as a young entrepreneur, the internship has given me key insights as to how business strategies work outside of the coding bubble I previously had existed in. I believe that computer scientists have an increasingly growing foothold in the finance sector and that technology in general has boundless potential in any field. This specific internship is also a start-up, so I have the opportunity to learn how one can build a company from the ground up, which is important for any entrepreneur to learn.

(VC) As a young woman founder, misogyny and the patriarchy still dominates businesses. As your career starts to evolve beyond the classroom and internships, what provision or preparations have you made to embrace this inevitable fact?

(Aditi) As a young woman of color, I believe there are many struggles to be endured in the technology field. However, I know that I am privileged to be part of a demographic that is already highly represented in computer science and gets an active voice on many platforms. This is why I try to advocate for others because I know that their voices should be valued too. Regardless of this, I have experienced the misogyny that still permeates throughout the computer science industry. Many of my classes and internships have been filled with men, and many have been quick to undermine the skills of the few women who are present. I have seen young women who are too intimidated by others to voice their opinion on a project idea while some men who unfamiliar with a topic speak confidently. I have seen girls who have an affinity for STEM be discouraged from pursuing their passions by their educators because it’s considered a “boy’s thing.” It’s these things that I have noticed happening over the years that I try to educate myself and others about. I know there is a lot more for me to learn in the career world once I complete college, but for now, I believe relying on other strong and brilliant women to create communities where we can voice our opinions unapologetically can help us address the misogyny in this industry.

Women in Computer Science and Society of Women Engineers are two organizations that I am involved with at Columbia University, where women of all backgrounds learn together and discuss important issues about inclusion and opportunities for women in tech. I am also a part of an organization called Long Island Women in Tech where the founder, Stefana Muller, became my mentor. Stefana is a woman with 20 years of computer science experience who has guided me through my journey, been a role model as to how I can hold my ground in a male-dominated field, and has given me endless support with XX Coders. She has taught me how to create spaces for women to learn computer programming without being scared to fail. I have participated in several events with her organization and recently did a podcast episode with her regarding my experience as a woman in computer science.

As I have advanced through the years, I now realize the importance of connecting with other people in the tech industry and hearing different ideas as to how we can grow together

(VC) Most forward-thinking societies or cultures would agree technology is the new key to integration. When it comes to computer science do you lean more on your love for it or instincts for interpersonal communications?

(Aditi) My love for computer science is intertwined with my desire for interpersonal communication. When I started out in computer science, I was motivated by my interest to create games, websites, and other programs so I learned many different programming languages. That’s why I took advanced computer science courses at my high school and enrolled in coding bootcamps. As I have advanced through the years, I now realize the importance of connecting with other people in the tech industry and hearing different ideas as to how we can grow together. The XX Coders attended Google a few times over the past three years, including being hosted by Jason Mills, the Executive Director and Head of Customer Engineering Cloud Industries at Google at the NYC (New York City) Google Headquarters, last summer. We have also attended Microsoft NYC headquarters in the past to attend interesting workshops with full-time engineers. I have brought in influential women who are C-level executives from companies such as Oracle, Canon, and 2nd Watch to speak to our participants about their computer science journeys. I have also gone to several events and gathered support in the form of “SWAG” donations from several tech companies and universities such as Stony Brook, NYIT, and Hofstra. From working with many people of all ages and backgrounds, I have learned how to be a better team player and leader. 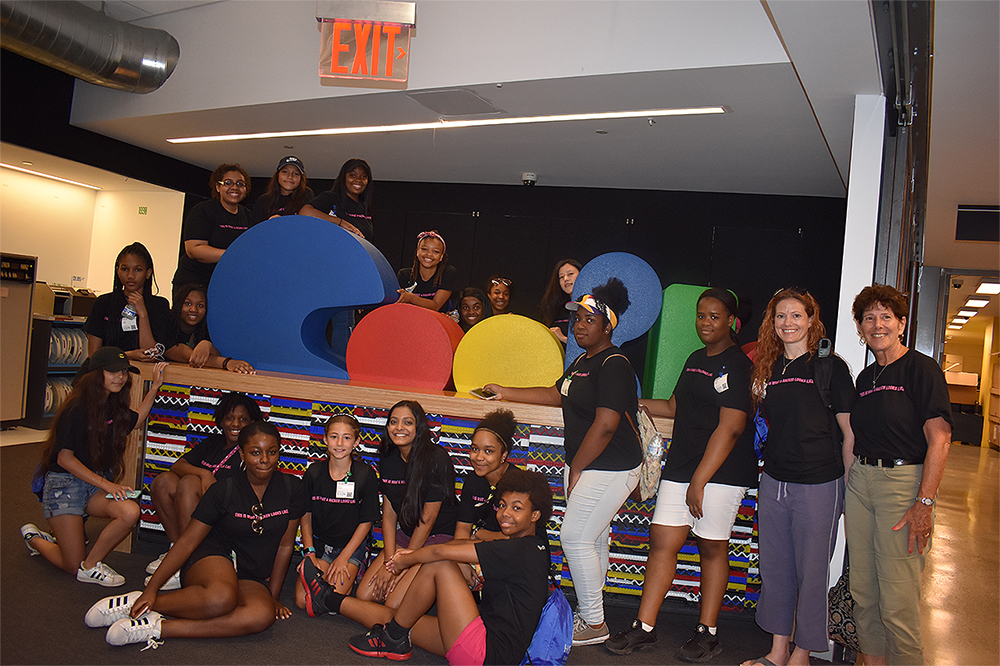 (VC) If you were given a one-minute opportunity to speak to world leaders, what would you say?

(Aditi) My request to world leaders would be to start investing in education. My education has been the single most formative experience in my life, and through my nonprofit work, I have seen the potential it has to shape others. As a first-generation Indian-American, I have seen many of my older family members struggle to access education in their home country. I am fortunate
enough to not only complete my K-12 education but be able to attend college unlike much of my family. I have chosen to use this platform to spread knowledge to others. Education has the capability to free people from poverty, eliminate gender and racial inequalities, and shape our
morals and values to form peaceful societies. This has been a large part of why my computer science journey has been so valuable to me, but it extends to any subject a person is passionate about. If we could promote education across the world, I believe it can break down the barriers that many people face.

Finally, a quote that I like: “You may encounter many defeats, but you must not be defeated. In fact, it may be necessary to encounter the defeats, so you can know who you are, what you can rise from, how you can still come out of it.” ― Maya Angelou