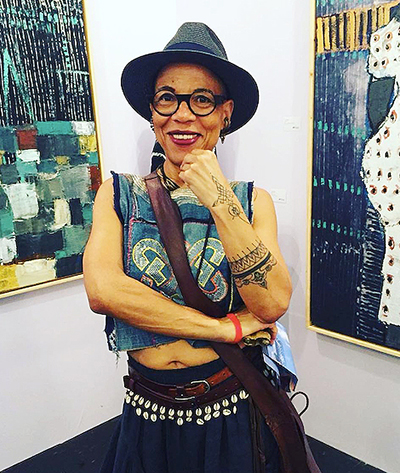 Remi is a vibrant Nigerian Filmmaker and director. Her work spans disciplines; commercials, documentary and drama. In the 90s her career began in the art department working on films such as Judge Dredd (1995) and Eyes Wide Shut. In recent times she created historical motion portraits such as Faaji Agba and Unspoken. Coming from a linage of influencers in Lagos history, She shares a rich perspective on community and her future work.

Both your parents had powerful legacies. As a custodian of the Vaughan-Richards heritage, have you finally overcome the pressures of preserving a family story while forging ahead with your own life’s purpose?

(Remi) This is a heavy question for me because that heritage issue always follows me. It’s like having two rock stars as parents and how does one follow that? I have the legacy of preserving an amazing house where I reside, I also try to keep my father’s architectural legacy alive as well. This includes my mother’s legacy as a key player in health and women’s environment of Lagos. She was also and TV personality in her time – that’s a handful! As a filmmaker I try to bring it into the content of my work. I feel that the kind of stories I share in drama and documentary have an impact in their own kind of way. My purpose is through film, telling my family stories as well as my own, furthermore to make an impact in society through my art, by storytelling and films.

As a filmmaker on art department teams you have impressive credits in acclaimed blockbusters such as Judge Dredd and Eyeswide shut. Recognized for this do you have the liberty from the oligarchy in Nigeria through activism to highlight societal issues?

I think my experience in the film industry in the United Kingdom with an extensive art school education has allowed me the luxury of being able to inject a different approach into my work.

(Remi) Most of my work to date has been to highlight societal issues. I have not yet gone through the ‘mainstream’ route. I have been blessed and fortunate to be asked by clients to create content as opposed to looking for money for projects. Luckily for me I have enjoyed and learned a lot from my work. Also, clients generally allow me creative freedom, which I think is a bit of a different approach compared to many filmmakers in Nigeria. I think my experience in the film industry in the United Kingdom with an extensive art school education has allowed me the luxury of being able to inject a different approach into my work. But, now I’m ready to create my own stories exactly as I want, which means financing as opposed to being commissioned. As for oligarchy they can be a bit of a closed shop and not easy to break into, so I quietly just go on about my own business. I’ve been told that people think I choose the jobs I work on as opposed to being hungry to do any job that comes, this is not necessarily so, I have been lucky to have projects that I love and lately the commissions are more in the arts which is what I stand for. 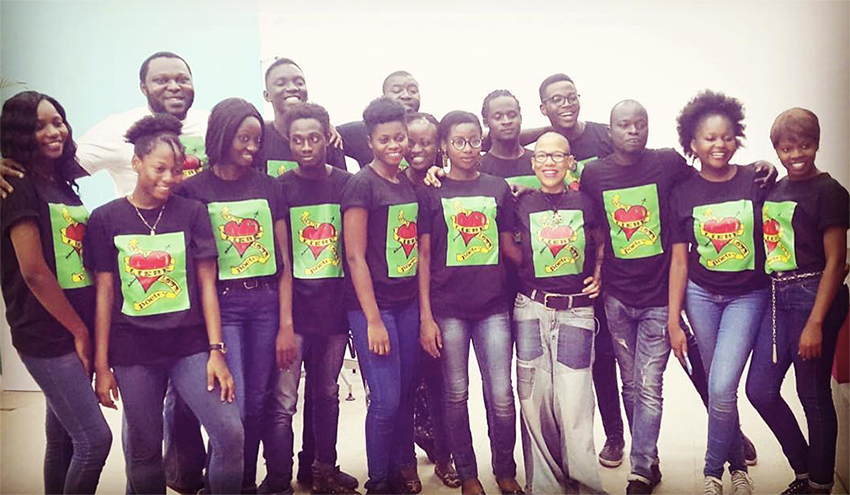 There is massive amount of opportunities to rebuild the education system. but it seems that each art community microcosm tells the same rehashed narrative without focusing on real history. This could hold the key of moving a place like Lagos and similar melting pots forward. As someone connected to parts of the city of Lagos that were sand filled. Do you share the similar or a different sentiment?

(Remi) OH MY GOD! yes yes yes and more yes! We’ve lost history sadly. What we have is a legacy from the military era, however there does seem to be a movement that reclaims what may have been lost and thankfully it is getting stronger. My first passion project Faaji Agba was done totally with my own financials. Faaji Agba was about the music scene and history of Lagos through the lives of a group of 69 to 84yr old Yoruba master musicians, brought together by Kunle Tejuosho of Jazzole Records and bookstore (another amazing visionary man) to create the group. It was a brief moment in time, and a memorable ten yrs of knowing them before they all died. I tried to show how Lagos has changed and becoming culturally devoid through the film. My mother was a proud Lagosian and Nigerian who combined her heritage with the modernity of being part of the global world, whilst retaining her cultural nuances. My father in his own way was similar with his architecture.

People in the African diaspora wear their pride while navigating biases from their western counterparts, when they return to the continent, they once again face culture shock in their own respective African towns and cities. Could this be a call for empathy cross-continent with the aid of technology?

Maybe I’m not getting it and maybe I’m not understanding enough of what it is like for those kind returnees. I am mixed race and have chosen to return to Nigeria and have been here for the past 14yrs..

(Remi) You may not like this answer I going to give but it’s not meant to be a blanket statement, it refers to certain types of returnees or repatriates . Some return home (To Nigeria) but really still refer to home as the country they left for whatever reason, they think they can make it here simply because they are from de abroad. Instead of understanding the landscape and environment and blending with it, they want to bring everything they left behind and dump it here almost as if they want to wipe out that they are no longer where they were.

Like I said. It’s does not apply everyone, others move into the ghetto so they can feel the vibes of Lagos, but they are the minority. Empathy? dunno. How do you give empathy to a British person who has chosen to live in Spain all their lives and decide to return to United Kingdom? Maybe I’m not getting it and maybe I’m not understanding enough of what it is like for those kind returnees.  I am mixed race and have chosen to return to Nigeria and have been here for the past 14yrs and still here and like my parents and as I’ve mentioned above I think the key is being culturally grounded and at the same time global without losing what makes us different.

At this stage of your professional career and accomplishments, If you could work alongside any other artist or curator or partner with any organization in the context of your current commitments who would they be and why?

(Remi) I’m already working with my amazingly talented and wonderful friend and artist Peju Alatise! We have made a short film inspired by one of her short stories. We are at the stage where we need funds to create multi-media interpretations of her stories in film, animation and art. I’d like to develop projects with like minded organizations and producers interested in pushing our stories forward bearing in mind my mantra. I’m currently developing a feature film, documentary, drama with Ford Foundation which is very exciting for me.

“I’d like to develop projects with like minded organizations and producers that want to push our stories forward bearing in mind my mantra.”

It brings up social issues of child-bride, religion vs culture and Nigeria as a whole. I can’t disclose much yet because we are in the early stages, and yet to lockdown the person who would be the subject.  It’s exciting for me because I want to mix 3 documentary (current and archive), drama (past and present) and animation into an interesting 90mins.

Many creatives glamorize the renaissance period. If you could time-warp back to any era, what time would it be and why?

(Remi) When was the renaissance period? And for which continent? Time-warp – no point! I would say live in the moment and refer to the past to move forward. 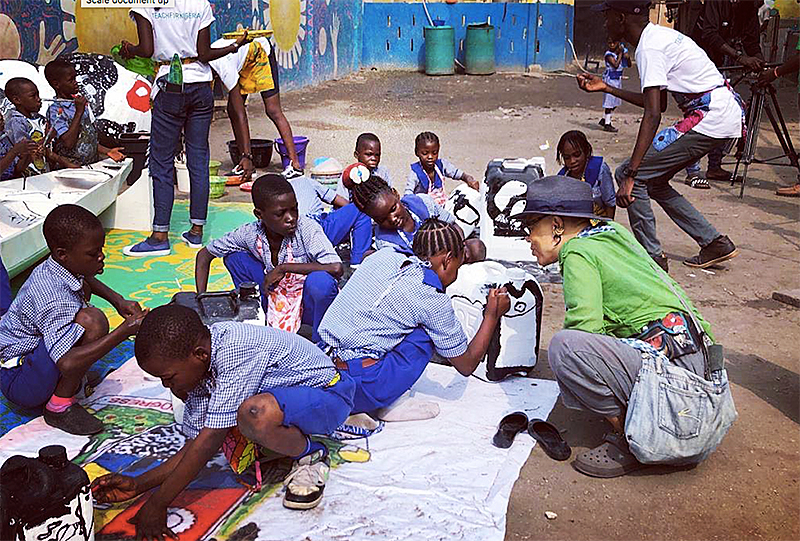 What kind of work can the world expect from Remi Vaughan-Richards within the next 5 years?

(Remi) Fab question! [Remi exclaims] My own projects, I have three commercial feature films and look forward to finding like minded souls that I can work with. I finally get to create the film on my ancestor James Churchill Vaughan who was son of a freed slave who came to Yoruba land with the white Baptists Missionaries in the 1800’s. My parents had researched the story from 1970’s until their deaths, I have cupboards full of their research (They even visited the archives in the Baptist missions South Carolina). The most amazing thing is the link between the Vaughan descendants across the continents. I am still very close to some of them.